Stage 2 -In the midst of the affair


Stage 1 detailed here, is about what happens before an affair starts and how the foundation is being set  for an affair to happen,
Stage 2 occurs once the affair has turned from friendship with another man to affair.

1. Most affairs begin as friendships, and they’re usually unsuspecting of the vulnerability they face. 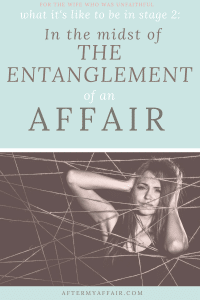 Friendships are the foundations of soul-mate relationships and this is how many infidelity situations begin.
Many times, a woman and man found each other because of the same employment,
common friendships, neighbors, or the same church.

Yet, the unique bond that an emotional affair requires, develops
from a need and willingness to care for each other.

Many of us women can get into trouble because of the compassion and concern we feel.
Our caring feelings can easily be twisted and open the door to infidelity if we’re not careful.

2. The door opens when feelings are expressed.

I have to emphasize the openly sharing their feelings for each other as the gateway to an affair.
Obviously, many people may think someone else is attractive or have a connection.

Their platonic friendship can quickly open a can of worms, if the other person knows their feelings.

What seemed innocent enough (expressing one’s feelings for the other person) has now opened a Pandora’s box.
If the other party’s feelings are mutual, they will find a growing emotional dependence upon each other that makes ending the friendship unthinkable.

Many women will tell themselves that it’s okay as long as it does not become sexual.
Yet, as two people continue to express feelings of devotion, they eventually become increasingly affectionate.
This inevitably leads to the temptation being too much to resist, and the couple becomes sexual.

The woman then is bewildered that it came to this and wonders how she could cross that line she thought she’d never cross.
Yet at the same time, surprised by the intense feelings and exciting experience it produced.

3. At this point, most women in an affair feel an identity crisis.

On one hand, she knows what she is doing is wrong.  She knows that infidelity goes against everything she believes in.

On the other hand, she feels excitement and renewed youthfulness that someone desires her.  As the affair continues though, the chasm between what she believes is right and moral, and her own experience of desire widens, and her heart is torn in two.  Her previous feelings that she could never be one to have an affair, coupled with societies belief that ‘bad’ women commit adultery and ‘good girls’ would never do that, only cause the divide in her heart to grow.

At this point, the guilt will either cause the woman to seek help to end the affair, or she will try to silence her inward shame and guilt by justifying her behavior. Her fault finding in her husband usually increases now, as well as identifying all the weaknesses in her marriage, as she seeks to find ways to internally justify her actions.

She finds ways to sneak out and be with her affair partner and makes up lies of where she’s been and who she’s been with to support her story.

It is the increased lying that turns an otherwise honest woman into a master of deception. Each lie envelops her like a thick fog that clouds her reasoning and judgment and enables her to maintain her lifestyle of cheating.

There are always moments when the fog lifts and she begins to see the web of deception she is weaving.
There may be a reality check when her secret threatens to be exposed (i.e. seeing someone she knows when she is with her affair partner).

But soon enough the fog of deception blinds her again as she seeks a way to feel better and get her emotional need “fix”.

She begins to feel confused about what to do.

4. There is also the lie that nobody will be hurt if nobody finds out.

It is a lie that I’m sure many in affairs, through the centuries, have believed it.
This is why the secrets continue, sneaking around only increases the initial thrill as one knows they’re partaking in forbidden fruit.
Obviously, for an affair to continue, it must be kept from the unsuspecting spouse.

However, most spouses eventually discover the secret infidelity and the lie that nobody has to know, is exposed.

Most secret affairs are discovered and leave behind in their wake torn apart marriages and brokenhearted children as they watch their parents argue on the brink of divorce.
The ramifications to our actions always go farther and deeper than we ever thought about or planned for (i.e. spouses, parents, relatives, friends, children, churches, etc…)

Even if two lovers were able to keep their secret hidden, their own hearts are torn apart from the deception and tearing away at their own core values and integrity.
That cannot be minimized, as sin always costs us something.

We like to think it won’t, but it always costs us something, and often much more than we ever bargained for.

The bible says “The thief (the devil) comes to steal, kill and destroy.” (John 10:10). Make no mistake about this, there is an evil force in this world, Satan, and his greatest goal is to destroy you and me. He hates marriage and families and he seeks ways to trap us, if we allow him to. We like to think we’re too smart for that but he knows our weaknesses. If he can find ways to steal, kill or destroy us, and our families, he will do it. Be alert and guard your heart to that.

For all the “fun” that people think adulterers are having, there’s more heart wrenching and painful than any momentary thrill.
Yet, the bible does not deny that sin is fun, for a season.
If it weren’t, then sin would not be as rampant as it is today. But for moments of pleasure, comes much more agony and heartbreak.

Marriages and trust are destroyed by affairs.
Women’s own hearts are torn in two from the double life.
Reputations that take years to build, get ruined in an instant.
Children become disillusioned and disappointed, even with their parents.
Friendship’s destroyed or in conflict….just to name a few consequences.

6. For most women, the difficulty of maintaining a second life becomes more challenging. 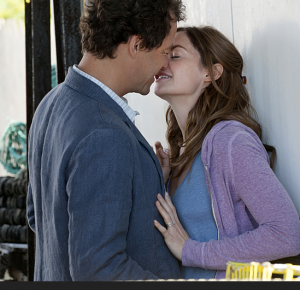 A woman will work hard at coming up with a story to be with her lover,
but then she has to remember the story she told and hope she doesn’t slip up and be caught in a lie.

She may start to tell her husband she needs space, or demand more privacy.

But many times, that is to give more freedom to be with her affair partner.
She may guard her phone more and be more secretive about time on the computer or with emails.

These are usually the biggest red flags to a husband that his wife may be having an affair.

7. Separation from her husband usually follows, and the fantasy of the affair shows cracks.

Upon a marital separation, the affair partners are able to be together more easily and frequently.
This is often just what most affair partners want.  However, more time together also may bring more stress into the relationship.
Maintaining a secretive relationship allowed them to partake in a fantasy world, void of real life challenges.

Once they’re able to spend more uninterrupted time together, eventually, some of the excitement often begins to wane.
Many women may start having second thoughts about the affair.

The unfaithful wife will begin to see qualities in  the other man that she didn’t notice before.
Spending more time with her affair partner now, their differences begin to show.
Small arguments may develop between the two.

Although this happens at different points with different people, it inevitably happens in most affairs.
The reasons they were together was not anything sustainable to build a lasting relationship on, let alone a life together.

But the reality is, many women continue to stay in a fog.

Many women will continue overlooking their affair partners faults for a long time.
It’s often painful to admit to themselves that this man has problems and issues just like their husband.
Often times, the character flaws are even more.
Most women don’t “affair up” but down.
It’s actually very common for women to have an affair with men they’d never have chosen otherwise.

What are her affair partners motives for the affair?  He reassures her of his desire and love for her, of course.

But take away the thrill of the chase, the sex and the rewards he’s getting from the affair. He might feel differently about their affair.
No woman wants to think that though, I sure didn’t.  Yet it became increasingly clear to me that my former affair partner was only out for himself.

nces more feelings of disgust than pleasure, many women will begin to think about ending the affair for good.

Do you need help in ending your affair?
Have you tried many times but just don’t feel strong enough to ‘have it stick’?
Let me help you through the important steps you need to take to finally break free.
I created the course I wish I had when I was trying to end it. It’s called “End your affair and reclaim your life.”
Even if you have ended it, I’ll show you how to control the obsessive thoughts that are keeping you stuck.

Learn more about the course here.

She now attempts to enter Stage 3 of an affair- breaking off the affair.

If you missed the other stages of the affair start here to read more.

Or the reasons why women have affairs, click here